The ticks are coming back! It’s that season again and there’s no better time than the present to learn how to prevent Lyme disease and what symptoms to look for. 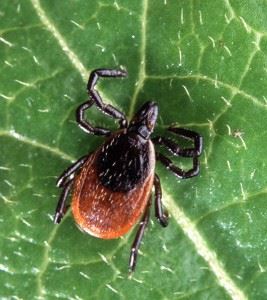 Symptoms of Lyme disease can differ from pet to pet and sometimes it can take up to 5 months before symptoms even arise. Some general symptoms are fever, lameness (often shifting leg lameness), lethargy, lost of appetite, swelling in joints and lymph nodes. They do not get bull’s-eye rashes like in humans. Also, watch symptoms closely because Lyme disease can sometimes become deadly.

Diagnosing your pet is fairly easy at least, in case your pet had a tick on them or is showing some symptoms noted above. Generally, a blood test is taken by your veterinarian. However, if your pet tests positive that does not always mean your pet has Lyme disease. It can just mean that your pet was exposed to the bacteria that causes Lyme but did not actually contract it. Often the dog’s system can fight it naturally but your veterinarian will use blood work, medical history and symptoms to diagnose.

The best way to keep the ticks off your pet is prevention. Flea and tick prevention can stop the tick from being attached for 48 hours hence stopping the ability of transmitting the disease. It’s also good to keep your pet away from tall grass and wooded areas. Your veterinarian will have plenty of flea and tick prevention they can suggest that would be best for your pet as well. Sometimes even a Lyme vaccine is a good choice but again speak to with your veterinarian directly to see what they recommend. 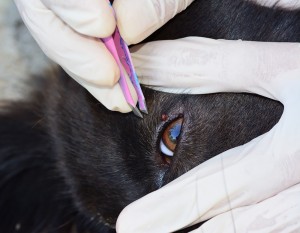 Check your pet after being outside or even daily to see if you feel any sort of ticks on them. They can be anywhere on your pet but the most common spots are on or in the ears, on the feet and between the toes. If you happen to find one, it should be removed as soon as possible. You can remove them with a tick removing tweezers by grasping from the head where it is attached to your pet’s skin. Try to make sure you get the whole thing because if any of it is left attached it can cause infection. Also, never burn the tick or apply any sort of irritant to the tick to remove it because that can cause further problems.

If your pet is showing any symptoms of Lyme disease or if you think your pet may have had ticks on them, call your veterinarian right away and they will be able to point you in the right direction.