Dr. Morey was involved with an article for the Reading Eagle on overweight pets. Read an excerpt below and then click on the link at the end to read more!

Study finds more than half of our pets are overweight.

Ever since veterinarian Dr. Jaime Morey began working at the Wyomissing Animal Hospital four years ago, she has seen an ongoing problem among patients. 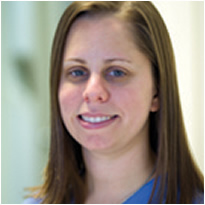 “There is definitely an issue with pets being overweight,” Morey said. “A lot of dogs and cats are overweight.”

Morey said some dog and cat owners express shock when she informs them their pet needs to lose weight.

“I think that is because people are used to seeing other overweight animals,” she said. “I think it’s a problem nationwide.”

Hard research exists to back her claim. In 2014, the Association for Pet Obesity Prevention collected data, which found that 58 percent of cats and 53 percent of U.S. dogs are overweight.

According to Morey, there are two primary reasons pets’ waistlines are expanding.

Take me to the rest of the article!